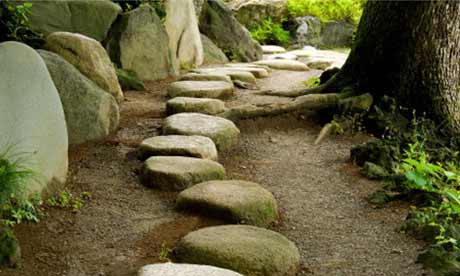 What Eating Local Has to Offer

As a passionate nutritionist eager to take on a challenge, I decided to poke my nose into the ever-rising interest of local cooking.

At first like many, I assumed the term “locally cooked” was best left as selling-point for expensive restaurants used to charge staggering amounts for a tiny plate of food. However, after some research I realized it can be done easily from the comfort of your own kitchen and at a reasonable price.

Currently “Local Food” is defined as food sold that is grown or made within your residing province or food sold across provincial borders within 50km of the originating province or territory.

As a research project, I compared two recipes. One a non-local favorite recipe I frequently made and the other a locally sourced recipe. I found the manufacturers address or the farm address for all the called for ingredients in both recipes. I calculated the mileage that the food had to travel to get to my plate in my hometown of Waterloo Ontario. Upon comparison I was shocked! The ingredients of the non-local recipe had to travel from all over the world some 5,008 miles, whereas the local recipe had logged only 31.68 miles of travel. What does this mean?

For starters, cooking local ensures the freshest and most nutrient dense food. Fruits and vegetables that must travel large distances to reach your grocery store are often picked prematurely to guarantee they do not go bad throughout the duration of travel. Sadly, this causes nutrient value loss. The foods do not contain as high amounts of vitamin and minerals as they would if the produce were allowed to naturally ripen. Local fruits and vegetables can be picked at the peak of their freshness and ripeness, ready to be farm to fork within hours. You really are paying for top quality food when you buy local!

Local cooking also supports local businesses and farms. In 1931, 31.7% of the Canadian population lived Farms that were their livelihoods. As of 2006 only 2.2% of the Canadian population lived on a farm. This means the ratio of farmers went from 1 in every 3 rd person to 1 in every 46. Farms that mass produce often can run locals out of a job but eating local does the opposite, supports them and their families while also promoting biodiversity and sustainability.

Overall, it is considerably better for your health and the health of the environment.

Where to Look to Shop Local?

If you are located in Canada near the country, a quick drive to farm territory might be a great place to start. Where I am from, local produce stands can be found at the entrance of most farm driveways. A majority of the stands work via the honour system and the children of the farmers often love to be a part of creating the sales signs and seeing you purchase. This can be an inexpensive way to support local.

Another option would be choosing a grocery store that opts to carry some local products or finding a farmers’ market. Grocery stores will often distinguish what products are locally made, sometimes down to the exact farm, and farmers markets will be sure to do this as well.

I am confident you will thank yourself when cooking with local Canadian foods. Not only will your tastebuds be exploding with Canadian flavours, but the farmers will be tipping their hats to you in genuine appreciation.

by Jill Jackson, CNP, NNCP  Hello friends! I bring to you the perfect curried fall recipe. This recipe is easy to make and is vegan, gluten-free, and sugar free. It also works great for meal prepping and will freeze nicely! I hope you give it a try.  Serves: 6-8 Prep time: 15 mins Cook time: …Read More

Preparing for Labour with Acupuncture